It is very apparent that I need to organize things a bit better at home. Whenever I need to find something that I haven’t seen for a long time, inevitably it turns into a total upheaval of seldom used drawers, boxes that were packed away in the attic or garage, and even containers hidden under the beds.

Such was the case recently as I was searching for family photos, which by the way, I never did find. However I did come across a group of photos that I hadn’t thought about for a long time. In fact, these have been packed away for almost 40 years!

When I turned 18 shortly after I had graduated from Serra High School, I began working at Gimbels in Eastland Shopping Plaza. As a Christmas “extra,” I was moved from department to department throughout the season until I finally was moved to the Camera Department, where I stayed until I resigned after college graduation and headed off to California.

The Camera Department was located on the First Floor and ran alongside the Up Escalator to the Second Floor. Positioned behind the counter, I looked out of the side entrance to the store and could easily see Wander Sales at the end of the mall. If you were facing the camera counter, the Coin and Stamp Department was to the right, and directly behind you was the Stationary and Card Department, immediately adjacent to the “Notions” Department.

Periodically, we would receive new camera models and would be permitted to take some test photographs with them to check out all of the features. I hung on to a few of them and have posted them below. These were taken prior to the mall was enclosed, and a few of them were taken on a snowy day in November that was the day before Thanksgiving. Others were taken later that December and in April. 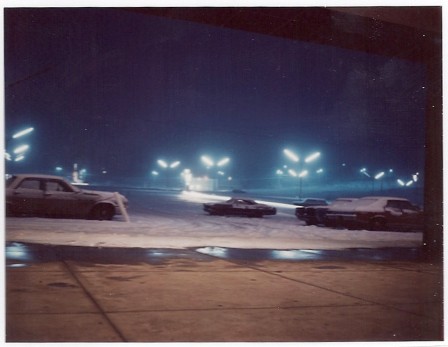 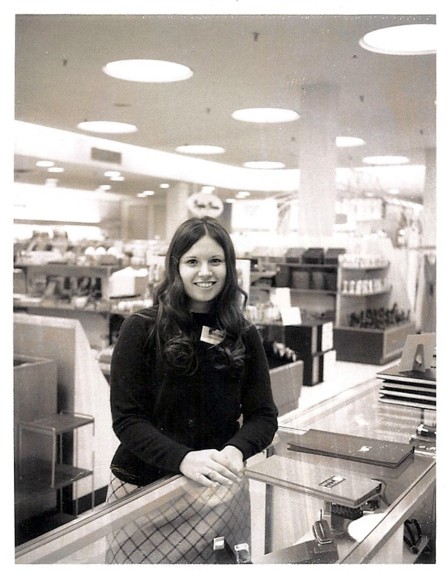 I hope you enjoyed seeing these photos. Maybe you knew one of them, maybe you saw one of them and just maybe it was fun to reflect back over 40 years ago when Eastland was young, when Gimbels was thriving and when days were just a bit gentler.

This entry was posted in McKeesport, Stores and Businesses. Bookmark the permalink.