It seems that I spend a lot of my time apologizing for not writing a post for a longer than normal time, however, here I go again. I have a legitimate excuse this time.

If you recall from my last post, I have been involved as co-chairman of the Eastern Shore’s 2014 WALK TO END ALZHEIMER’S on October 18th. This role has been daunting, to say the least. I have never undertaken a task that has been so enjoyable and so disheartening at the same time. Struggling to convince someone to make a personal donation to an organization without receiving anything tangible in return is difficult.

Remember the days when as a child, we would go door-to-door in our neighborhoods and

to our families and extended families to sell ANYTHING that was given to us by the nuns and teachers who were teaching us? Christmas cards, wrapping paper, Holy Childhood stamps and candy bars were the standard items we would sell. Somehow, we rarely met with rejection at any door we would target.

Unfortunately, the task as an adult trying to inspire people to consider and then take action through a donation, is not quite as easy as it was when we were kids, smiling at their front door. I believe that although we realize that Alzheimer’s Disease exists and is a devastating disease, unless it has touched us personally, our passion for supporting additional research has not reached the level of need……yet.

I was sent an article by my 27 year old daughter yesterday. My heart sank, my jaw dropped and every other applicable cliché occurred when I read the article. Through my involvement with the Alzheimer’s Association, I am aware of the statistics relating to the disease. I am conscious of the fact that Alzheimer’s Disease currently affects more than 5,200,000 people in the United States. Of that number, over 200,000 of the victims have been diagnosed with “Early Onset Alzheimer’s.” If a person is younger than 65 years of age, their diagnosis is classified as Early Onset Alzheimer’s. 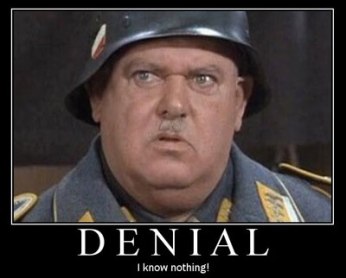 Alzheimer’s Disease as a diagnosis that, regardless of the age of the victim, is often difficult to accept. In the early stages, aside from a few isolated behavioral incidents, there is no tangible evidence of the illness. There isn’t the trauma of a heart attack or stroke to indicate heart disease; no outward malignancies, lumps, bleeding or persistent coughing that could be symptomatic of cancer. Is isn’t  muscle weakness in hands, arms, legs or the muscles of speech, swallowing or breathing twitching (fasciculation) and cramping of muscles or “thick speech” and difficulty in projecting the voice as would be evidenced with a diagnosis of ALS. The events that would indicate Alzheimer’s Disease are much more benign; occasionally forgetting a name, a route or a special date.

I ask you to take a few minutes to read the article I’ve been referring to below. Share it with those you love and increase the awareness of this fatal disease. People with a family history of Alzheimer’s are at higher than average risk for the disease.  I have to admit, I am worried, not only for my own wellbeing, but for the wellbeing of my family. With 4 out of 8 of my father’s siblings having been diagnosed with Alzheimer’s, I pray for the health of my children and grandchildren each and every day. THAT is the ultimate reason I became involved with the Alzheimer’s Association and the motivation for me to ask for your help.

The first thing I noticed in my husband were some personality changes.

Ken and I had just recently gotten married and built a house, and we had three children who were then 8, 4, and 3 years old.

One time he called me from a local store because he couldn’t remember how to get home. Another time, he went to pick up our kids and ended up going completely in the wrong direction. He was getting headaches. He started forgetting things at work — memory problems that eventually led to him losing his job.

I knew something was wrong.

We went to Ken’s primary care doctor. He suggested maybe it was depression, but Ken didn’t feel depressed. The doctor put him on antidepressants anyway. The symptoms didn’t go away. After seven or eight months, I thought, this is getting ridiculous. That’s when we went to see the neurologist who tested Ken and concluded he had early-onset Alzheimer’s — a week before his 30th birthday.

At first, I thought the doctor was joking. I didn’t know people could get Alzheimer’s so young. But the follow-up PET and CT scans confirmed the diagnosis. We were then told we had just 7 to 10 “good” years left with Ken. That was six years ago.

I didn’t know a whole lot about Alzheimer’s. No one in either of our families had ever had it. I was working in hospice as a business coordinator at the time and there were people on my roster who had the disease, but they were old people.

What I’ve learned is that Alzheimer’s disease is a type of dementia that destroys memory and mental function over time and causes changes in personality and behavior – as I saw in Ken. Certain medications and treatments may help manage symptoms like memory loss, but there is no cure. If you get diagnosed when you’re younger than 65, like Ken, it’s called early-onset Alzheimer’s. My husband is one of about 200,000 Americans who have this form of Alzheimer’s.

At the time of Ken’s diagnosis, it was hard to find any information at all about the early-onset Alzheimer’s. I reached out to everyone I could think of — doctors, co-workers, social workers, Alzheimer’s organizations. I scoured the Internet. Even the support groups I visited were geared toward people dealing with their elderly parents.

The first couple of years weren’t bad. Ken had a few minor episodes. But things got worse as the disease progressed. He has wandered off; we’ve had to use police to locate him. He has lost our vehicles. He’s had rages. There is nothing that can prepare you for what every day begins to be like.

It also took a huge financial toll. Ken was the primary income provider before he stopped working. I also had to stop working to care for him full-time, though I do odd jobs whenever I can to help make ends meet. We lost our incomes, our insurance. We’ve had to sell anything we owned that was of any value.

Ken and the children receive disability compensation, but we don’t qualify for food assistance because his unearned income is too high. And though there are many agencies out there with government grants to help people with Alzheimer’s, Ken isn’t eligible for most because the funds are stipulated for older people.

I have caregiver insurance through the state, but as a spouse I don’t qualify for caregiver compensation. We’ve managed to keep our home, but we’ve lost a lot. We’ve had cars repossessed. We’ve lost our good credit. We’ve even lost friends who couldn’t handle Ken’s decline. It was a life-changer on many, many levels.

Life as a Caregiver: My Husband Is a Different Man Now

People don’t understand the magnitude of work and care that it takes to care for someone with Alzheimer’s. It’s just…endless. Quality sleep isn’t even an option for me. If I get five hours of intermittent sleep a night, I am doing really good.

We often use dark humor to cope with difficult stuff in our family. For example, one of the big jokes in my house is about how I have “some-timers” because sometimes I remember things and sometimes I don’t. That’s how it is for caregivers. We’re under so much stress and we have so many responsibilities, it can be hard to think straight sometimes.

But just when you think you’re at your wit’s end and you can’t do anymore, you somehow dig a little deeper and pray that God gives you a little more strength to deal with it and push forward. Some days I’m still a wife, but most days, I’m a caregiver. I’ve lost the man that I married. He’s another man now, and I still love him, but it’s so different. I just keep trying to be the best wife and mother I can be.

Fighting for My Family and Alzheimer’s Awareness

It became my mission to get out there and speak to people about what we were going through. I started working with the Alzheimer’s Association to help raise people’s awareness about early-onset Alzheimer’s. I’ve met people through AlzConnected.org. I wrote a book for children whose lives have been affected by this disease – I call it Forget Me Not – that I hope to publish someday. I do Alzheimer’s walks. I wear my Alzheimer’s T-shirts all of the time. I make connections everywhere.

I got connected to Lauren Miller-Rogen and Seth Rogen by messaging Lauren through Facebook to thank her and her husband for the work they’re doing to raise Alzheimer’s awareness among the millennial generation through their organization, Hilarity for Charity. We kept in touch.

Lauren asked us to be in a documentary film she was making. We also recently appeared on The Meredith Vieira Show with Lauren and Seth. Being on the show was great. It was a lot to take in, but I see a lot of positive feedback online, so I’m hoping people are really paying attention and beginning to understand the impact of Alzheimer’s on families, especially on kids.

My husband, Ken, is a phenomenal man. That’s why I fell in love with him; he was a great man, a great father, and a hard worker. He used to enjoy going on family vacations, riding motorcycles, and hanging out with family and friends. He now enjoys working in the garden and around the yard. His prized possession is his service dog, Bella.

I know my efforts to make other people aware of Alzheimer’s are not going to help Ken; I know it’s not going to save him. But if it’s going to help my children or my nephew, or somebody else, then I’ll feel that Alzheimer’s didn’t beat us – we beat it. We hope that people will hear our story and know that this disease can happen to anybody. We also hope that sharing our story will save others from having to go through some of the difficulties we’ve undergone.

Nikki Dodson is a 35-year-old wife, mother, daughter, sister, friend, and caretaker for her husband, Ken, in Adrian, Mich. She has a degree in early childhood education, but put her love of teaching preschool on hold to care for Ken full-time. Nikki spends as much time as she can speaking at Alzheimer’s events and reaching out to others that have been affected by this disease.

If you are able to help, please do the following: