There were two aspects of life in Duquesne that were commonplace for virtually every hunky living in the area, as evidenced by the sheer number of locations.

The first was the spiritual side of their lives. As early as 1902, the City of Duquesne already had 16 established churches of various creeds. As the city’s population grew, more and more churches and congregations sprang-up. It was obvious, from an early date; the people of Duquesne practiced their religious beliefs and lived their lives based on their spiritual roots. 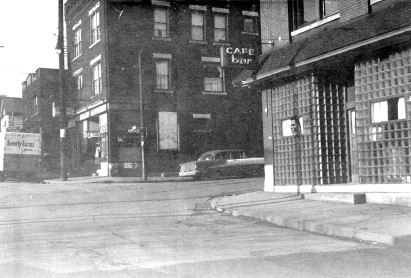 The second aspect of life that seemed to touch most lives was the Duquesne hunky’s hard-working, life-loving point-of-view and their affinity for the neighborhood bar. By 1940, there were over 48 locations where the locals could meet to “throw back a few” after a hard day at the mill. Whether they called it a “Beer Garden,” a “Tavern,” a “Café,” a “Bar,” a “Hotel,” or perhaps a “Club,” the purpose was all the same. They all provided a perfect spot to meet, relax, “B.S.” (if you’ll pardon the inference,) and just be part of the community.  The cocktail of choice was the “boilermaker”, a.k.a. “a shot and a beer.” Bartenders didn’t need a degree in mixology to work in Duquesne since the 99.9% of the patrons would order the shot and beer.

I’ve often wondered how the Prohibition affected the city and the residents of Duquesne. Prohibition in the United States was a national ban on the sale, manufacture, and transportation of alcohol, in place from 1919 to 1933. The ban was mandated by the Eighteenth Amendment to the Constitution, and the Volstead Act set down the rules for enforcing the ban, as well as defining the types of alcoholic beverages that were prohibited.

As evidenced by the action of the Pennsylvania State Legislature, the State and therefore the City of Duquesne didn’t begin a strict enforcement of Prohibition until the first part of 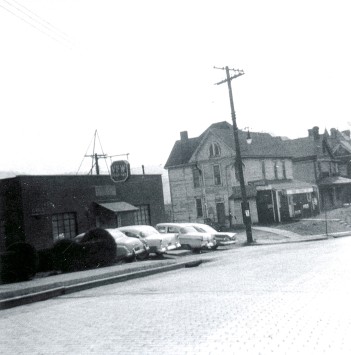 1923. I can only imagine what the reaction was in the city with the mandatory closings of every establishment occurred in 1923. I am sure that many of the citizens from “the old country” were dumbfounded when they went to their favorite watering hole to find it chad losed. I’m sure this was a dark day in Duquesne. Scattered throughout the Duquesne Times in the subsequent decade, were articles that read like a chapter from an Elliot Ness Diary. Speakeasies, raids, G-Men and the sort, were frequently in the headlines. Duquesne was no different than the rest of America in its pursuit of “spirits!”

The following is a transcription of a front page article that appeared in The Duquesne Times on March 30, 1923, and sums up the effect of the major legislation on the day that there was not longer “A Tavern in the Town:”

AND IS NOW THE

LAW OF THE STATE

The new act is one of the most important ever passed by the Pennsylvania legislature and has aroused extraordinary interest. The bill was passed by a vote of 107 to 100, and was signed immediately by the governor. Among those who voted against the measure were J.M.Williams and C.J.McBride, the two representatives from the district of which Duquesne is part.Just what action the Duquesne saloon-keepers will take remains to be seen. It is said that in a number of instances, they will close their bars and retire, while in other cases they will engage in other lines of business at their present locations. As a result of the passage of the bill, no license court will be conducted this year and all license fees will be lost to the state and city. Duquesne men and women who lose their licenses are as follows: Retailers, John P. Ashoff, Michael Benedick, Moses W. Broudy, Joseph Burik, Mary Koribanic, Peter Linn, Janet McFadden, Dane Rendulic, John Ridall, Jr., Anthony P. Slavin, Mihal Stofa, Jacob Virostek, Harris Weinstein, Theordore Zarezalo, and Peter N. Zewe, of the First Ward; Steve Farkas, Chas. Hrebemac, Matthew Petraitis and Rose Schaming of the Second Ward, and Albert Blaobiny, George Hromi, Joseph Kovac, Mary Kovac, Michael Mosko and Michael Polatas of the Third ward. Licenses are also lost to three wholesalers in business here: Steve Babic, William Klein and Harry Silberman.New “Dry” LawThe salient points contained in the new “Dry” law are as follows:Repeals the Brooks high license act with the Woner act amendments and thus abolishes all licenses for the sale of beverages with the half of (one) 1 percent of alcoholic content permitted under the Volstead act.

It allows the sale of such drinks without restrictions and any change in authorized content that shall be made by Congress, will automatically become effective in Pennsylvania.

It permits search without warrant, by any officer, of any automobile, truck or other vehicle, boat or airplane or of any container carried by a pedestrian whom he may suspect is being used to carry intoxicating liquor.

The search and seizure clause authorizes a warrant for the entrance of a house at any time, upon information alleging reasonable grounds for belief that liquor is being sold on the premises, and any liquor found may be seized, the owner being obligated to prove that the same was acquired prior to the enactment of the bill. The Volstead act restrictions, as to the issuance of such warrants, are provided.

Alder, magistrates and justices-of-the-peace are authorized to issue warrants.

Places other than homes may be searched, under search warrants which allege reasonable grounds for belief that liquor is either unlawfully possessed, sold, manufactured or stored therein.

Any building or place where liquor is being made or sold unlawfully may be closed as public nuisance for one year.

Violation of the law is punishable by fine of from $100 to $5,000, or imprisonment for terms up to three years in addition to confiscation of liquor and property including automobiles or other vehicles used in unlawful transportation.

It provides that possession of intoxicating liquor shall be prima facia evidence that it was acquired, possessed and used unlawfully, and the burden proof that it was not, rests upon the accused.

This entry was posted in Food and Restaurants, Historic Events, Stores and Businesses. Bookmark the permalink.