First of all, I would like to apologize for not posting for over a week! Life throws you curve balls from time to time, and I’ve been dodging them all week.

I woke this morning to a beautiful cool, crisp autumn Sunday morning. It was sunny, clear and about 50 degrees with little to no humidity. I slept with our windows open last night, and with the perfect sleeping weather, getting out of bed proved to be difficult. The covers were far too warm and my pillow just perfectly situated to relinquish in favor of cold wood floors. I indulged my whims and just stayed in bed for a bit and began thinking of how similar this Sunday morning was to those I remember while growing up in Duquesne.

Like any child, I was always less than enthused about leaving my warm bed to go to 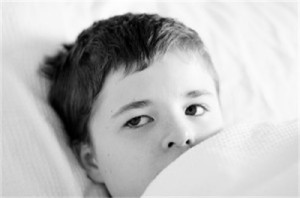 mass. In my mind, it was the weekend and there wasn’t school. I deserved to be able to sleep-in! My point-of-view however, wasn’t shared by Mom or Dad, the nuns, the Catholic Church or for that matter, God! Kinda hard to argue your point-of-view with those odds stacked against you.

What was missing each Sunday morning as a kid, was the breakfast that would normally be waiting for you as soon as you woke up. Sunday morning meant going to mass, and going to mass meant receiving communion, and receiving communion meant NO FOOD! Although the “fasting rules” were much stricter before Pope Pius XII introduced a more lenient form of fasting in 1953,  not being able to have breakfast was pure agony for most kids. I remember being so frightened to consume food less than an hour before communion, that I was reluctant to use toothpaste to brush my teeth!

At the beginning of each school year we would get a box of the envelopes from our teacher. I recall looking forward to getting the envelopes each year and wondering what color they would be.

My job on Sunday mornings before mass, was to be sure that Mom or Dad would supply a quarter for both my brother and I to place in our children’s collection envelope. I would carefully write 25¢ on each envelope, drop the coin into the envelope, and seal it. I’d then give it to my mom for safekeeping in her purse.

Unless I had been scheduled to serve at an earlier mass, our family would always attend 9 o’clock mass on Sundays. The 9 o’clock mass was the designated “children’s mass” at Holy Name. I could always count on seeing several of my classmates there, along with all of the sisters. I don’t recall whether the various classes sat together in the front pews on Sundays, or whether I am remembering First Friday masses. I think we sat with our parents on Sundays, but please, correct me if I’m wrong.

The most exciting part of the mass for me was being allowed to drop all of our family’s envelopes into the collection basket. To me, it was a big deal! Once I received my First Holy Communion in second grade however, the excitement of dropping the envelopes waned and made way for receiving communion with the adults.

After mass, Dad would always have me buy the Sunday paper from the man who would be selling it at the base of the church steps. Dad and Mom would be busy talking to one of my aunts or uncles who also attended mass that morning or to another friend. I remember patiently wait for them to finish so that we could go home and FINALLY eat!

I looked forward to Sunday breakfasts. My dad would always be the one to prepare the 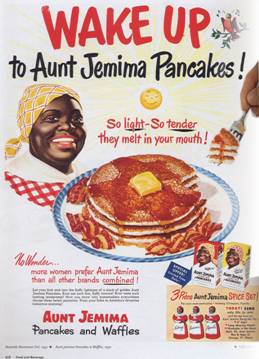 meal. Mom would make a pot of coffee and then retire to the living room to read the paper while Dad was busy in the kitchen. We would never have to eat cereal or oatmeal on Sunday morning’s. Our menu was much more special on Sunday’s. Dad’s cooking skills were top notch, and he would always make most delicious breakfasts. His pancakes were always uniform in size and perfectly cooked. He would place a pat of butter on each pancake as he stacked them, so when they finally made it to your plate they were already buttery. When he would make pancakes, he would always have impeccably browned sausage links with them, and I can still remember how wonderful they taste with the Log Cabin syrup. All of this of course, before lite syrup, lite margarine, turkey sausage and all of the other semi-tasteless products came along.

Dad also made the best bacon and eggs around. I was always the helper who was in charge of making the toast. Dad would fry the bacon until it was perfectly crisped. The bacon grease would never be discarded, but rather poured into a special container that was kept in the fridge for use in other recipes.

He would always leave some in the pans from the bacon and then cook the eggs in the grease. Of course, this is also considered a health risk today, but back then, it was just “good home cooking.” Our eggs were usually prepared “sunny side up” or as we referred to them, “dunkin’ eggs.” Occasionally, we would be treated to a concoction that my dad called “soft scrambled eggs.” This was my favorite. It was basically fried diced Spam and scrambled eggs mixed together. However, he would fry the Spam first, and then pour in the scrambled eggs and let them cook over a very low flame. Since he would put a lot of milk into the eggs when he scrambled them, it took a much longer time for them to cook. The wait was worth it, and I remember that my cousins, Paula and Karla, would sometimes join us for this special treat.

Sundays were usually treated as “family days.” Although on occasion my parents would have a project to complete around the house, it was usually a day of leisure for everyone. Dad was usually in favor of a relaxing day versus Mom, who usually wanted Dad to accomplish something around the house. Dad would occasionally quote one of the 10 Commandments to get out of having to complete the tasks. He’d remind Mom, “the Seventh day is the Sabbath of the Lord thy God: in it thou shalt not do any work, thou, nor thy son, nor thy daughter, thy manservant, nor thy maidservant, nor thy cattle, nor thy stranger that is within thy gates,” perhaps not so eloquently as the biblical quote, but still as effective.

Our non-chore Sundays were spent as so many other Sundays as a hunky in Duquesne……you visited family. We had a standing invitation for dinner at my grandfather’s house. My Grandma, Aunt Helen and Aunt Peg would always prepare enough food to feed the whole Volk clan. Sometimes the whole family showed up, and other times only a few. Less people only meant more leftovers which no one minded. Occasionally, we would end up at a different aunt and uncle’s house for a cookout during the summer and a wonderful hunky smorgasbord during the colder months. The food was plentiful and delicious, and the company was great.

All my uncles would usually be gathered in one room or on the porch listening to Bob Prince as he described the Pirate’s game. The women would be busy either tending to the meal or the kids. You ate when you were hungry since everything was prepared and being kept warm. Sometimes we ate at the dining room table, but more often with the plate in our laps. By the time evening would roll around, the adults would crack open a deck of cards and begin playing one of their many favorite games. The games of choice were usually poker or euchre. They also enjoyed a semi-card/board game called either Pokeno or Michigan Rummy. During the summer months, the card games could go on for hours. However, in the fall, the festivities would usually break-up by 6 or 6:30.

We’d make our short journey home and immediately start getting ready for bed. That meant finishing any unfinished homework, getting a bath and then making our way down to the living room for our Sunday night routine. We’d all gather to watch our two favorite shows; Ed Sullivan at 8 o’clock, followed by Ponderosa at 9. Sunday night was the one school night that we were allowed to stay  up longer. I rarely made it through all of Ponderosa when I was very young. I’d be asleep on my mom’s lap long before Ben and the Cartwright boys would resolve yet another dilemma.

I often wonder what happened to those “family Sundays.” Technology, busy schedules, long work weeks have all taken their toll on what is supposed to be a day of rest. Oh, for those days once again.