Since the Pirates are 4 games ahead of St. Louis in the Central Division this year, what better time to celebrate another winning team – THE DUQUESNE ZEMPS!

Since I began writing this blog, I have received many questions about the Duquesne Zemps. I have dug through countless issues of The Duquesne Times, and have found articles about the Zemps. Unlike the fanatical over-the-top obsession that the media has for sports teams today, The Duquesne Times offered a more subdued approach.

As I combed through the papers, I was able to discover that the Zemps originally were a sandlot team of guys that played on the Polish Hill fields. The team originated from a group of players in 1933. Most of the team members were first generation Americans whose parents primarily immigrated from Zemplinsky County in Czekoslovakia, thus the name ZEMPS.

1949 was a very good year for the team as the following articles will illustrate. There are many names that are familiar to me. My Uncle Sam (Carr) was a team member, and I vaguely remember him talking about some of his team mates. How many do you remember? 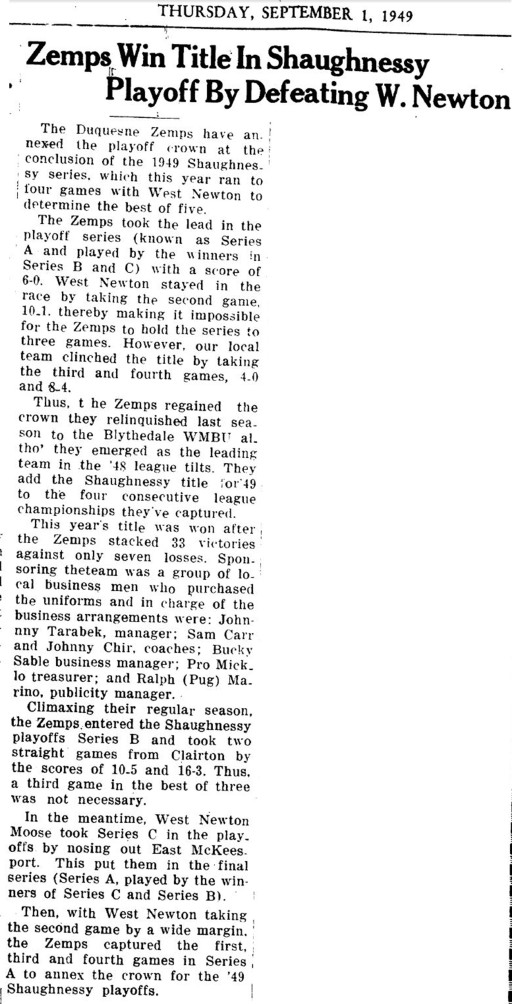 Finding photographs of the Zemps was a challenge. Despite their very successful 1949 season, I was only able to final a team photo of the 1951 team. 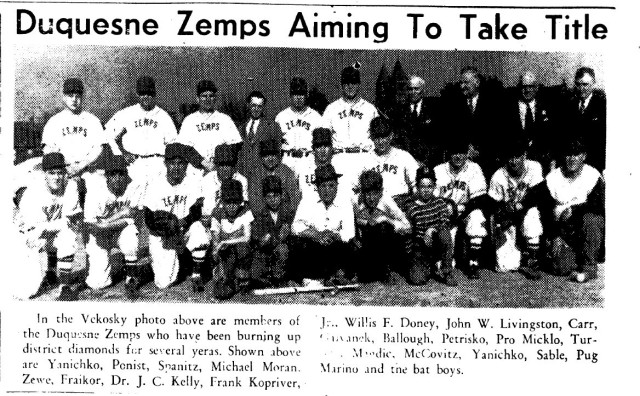 This entry was posted in Sports. Bookmark the permalink.

42 Responses to Duquesne’s Buckos – THE ZEMPS