to attend virtually every show that was booked at Kennywood. From watching poor Bruno Zacchini being shot out of his cannon time and time again at the Lagoon Stage, to coming face-to-face with The Three Stooges! Between the Bandshell, the StarView Plaza, the Music Plaza, the Lagoon Stage and the Island that sat in the middle of the SunLite Swimming Pool, we all had the chance to see some awesome performers for free! 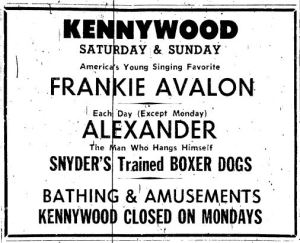 As I did some research, I found that Kennywood hosted quite an array of recording, television and even movie stars over the years. I was able to pull some Kennywood ads and articles that appeared in The Duquesne Times in the late 1950’s. I was amazed at some of the artists that appeared at the park and whose shows were ours for the taking. It seems that Kennywood might have been a great place for some of these performers to hone their skills in the early part of their 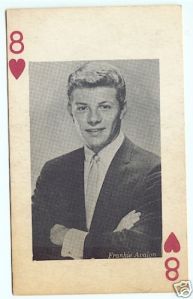 career. Bobby Rydell, Frankie Avalon and Conway Twitty were just a few examples of artists who performed at the park. I am including either their ad or their articles in this posting for your enjoyment. You will also see that The Three Stooges, who at the time were bona fided Hollywood movie stars appeared regularly at Kennywood along with Guy Williams who played Zorro in the popular television series. (As an FYI, Guy Williams went on to star in the show “Lost in Space,” playing Professor Robinson, the father of Will, Penny and Judy Robinson and husband of Maureen Robinson, played by June Lockhart.)

I was bit too young to be able to see any of the performances or appearance in the 50’s. I do remember some of the stars that performed in the early to mid

1960’s however. I was able to see Leslie Gore of “It’s My Party” fame and Little Peggy March whose hit “I Will Follow Him” led the charts. While swimming at the pool one Saturday, I remember a small boat was launched into the pool carrying a trio of girls. The boat made its way to the platform that stood in the middle of the pool where the girls disembarked. I thought it was so cool to see The Ronettes, of “Be My Baby” fame take to a stage in the middle of a swimming pool! It was like a scene from a Beach Party movie with Annette and Frankie. Not only were there swimmers in the pool enjoying the music, but there was also the sunbathers outside of the pool doing the “Jerk” or “Boogaloo!”

The most memorable thing about the pool was its size. It was absolutely MASSIVE by any standard. When it first opened in May of 1925, it was

declared to be the largest and finest facility in the country! Although you’ll be able to read the articles yourself, here’s some trivia that I found interesting:

3. The pool opened with 3,500 bathing suits in stock that the swimmers wore.  The suits were washed and completely sanitized after each use.

5. The two level pavilion that surrounded the pool measured 500 feet in length by 30 feet in width!

6. Although never confirmed, in 1953, Kennywood closed its swimming pool for fear that they would have to “integrate.” Park management made excuses about the filtration system leaking, yet the pool was temporarily used for a “boat ride” feature. The pool eventually reopened to black and white swimmers in 1955. 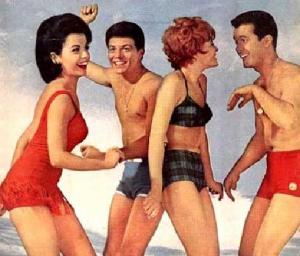 All trivia, fact, figures aside, our pool was PHENOMINAL!! We had the most sensational venue to have a great time! I can still recall the familiar smell of Coppertone suntan lotion that emanated from every part of the pools shore. Everyone seemed to be turned into KQV on their transistors and we all were singing along to whatever Top 40 song came along. We all took advantage of the wonderful gift that we had and were all so saddened when the pool ultimately closed in 1973. Our Sunlite swimming pool sprang an unpluggable leak in 1973. It seems the foundation was riddled with weak spots, evidence of the arrogance of the builders who dared to pour concrete on a hillside honeycombed with abandoned coal-mine tunnels when the pool was first built in 1925.

When you think about the opportunities we had in front of us as children and as teenagers, we surely were blessed. Calculated in early May this year, the concert ticket average price is $31.57. Admission to Kennywood’s sister Waterpark Sandcastles runs $32.00 per day. Granted, the attractions offered at Sandcastle are enormously sophisticated compared to our pool, but the level of fun and excitement generated are probably on par. Bottom line, we had a GREAT time on a shoestring budget and were afforded every opportunity to enjoy it by our mom and dad! 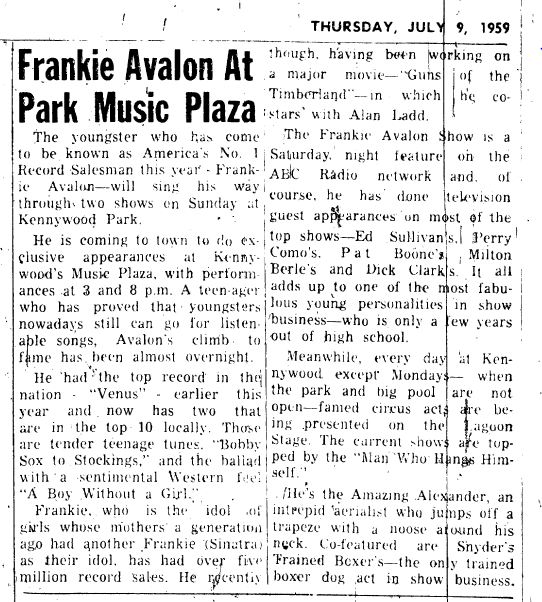 THE FOLLOWING ARTICLE APPEARED IN THE MAY 15, 1925 ISSUE OF

This entry was posted in Kennywood, Summertime. Bookmark the permalink.