The Cheap Thrills of Our Youth

Up to the highest height!

Let’s go fly a kite and send it soaring

Up through the atmosphere

Up where the air is clear

I was checking the calendar in my kitchen this morning to see when my dentist appointment was, when I realized that there were only a few days left in the month of March. Not that it was any big deal to me in 2012, however if I were back in Duquesne as a kid again, I’d be getting rather disconcerted. It would have meant that the prime kite flying month would be coming to an end! Whether March weather provided the best flying conditions was fact or fable, I would always be able to convince my mom or dad that I needed to have a new kite each year. Since kites were only 10¢, it wasn’t a huge deal for them to allow me to buy one, and besides, it would keep me busy and outside playing for the majority of the month!

There were many stores that carried kites around the town. I usually bought mine down street at G.C.Murphy’s 5 and 10. Two other places to buy them were at Hilltop Dairy on Kennedy Ave as well as Elsie’s on Grant. Those simpler times also meant simpler selections as well. By no means were there hundreds of varieties to choose from. The “go to” brand at that time was Hi-Flyer. The style selection was usually limited to the

traditional deltoid kite shape, and the colors were normally white with either blue or red printing. I was usually able to convince my parents that I needed to buy a new ball of string for the kite at the same time, and with a minimal investment, I would always leave store as a happy camper.

Assembling my new kite was always a job that both Dad and I would tackle. When I was very little, I attempted to do it myself a few times, however those stabs usually resulted in just that, me stabbing the end of the wooden frame through the paper kite. Eventually my dad would intervene and mend the tear and complete the assembly for me. The hardest part for me would be ripping the two holes in the kite for the front string without creating another “stab wound” that Dad would have to repair. Fortunately, between the two of us, we would end up with the perfect assembled kite ready for the March winds.

The final step was to piece together a tail for the kite that would stabilize it during its flight. Mom would be my resource for the tail. Each time I got a new kite, Mom would raid her duster box for a piece of cloth that I could use to make the tail. I’d grab the scissors and patiently cut strips of cloth to tie together to create the final component for my kite. Once I had completed that step, I’d attach both the tail and the string to my kite and soon, it was ready to soar!

I would head outside with blind ambition and the mindset that my kite would be soaring over the fields of St. Joseph’s Cemetery within minutes. However, as you all know, it took a lot of practice and RUNNING to get the 10¢ piece of paper, sticks, string and rags to fly! I can clearly remember running to the top of the hill in the cemetery with kite in hand and looking down toward Thomas Street. With no trees, telephone poles or other kite-eating obstacles between me and the bottom of the hill, it was the ideal runway to launch my kite. Once I had mentally charted my course, I would take a deep breath and run like hell toward the bottom of the hill. It was inevitable that on my first run, I would typically hit some kind of rut and stumble and roll down the hill. When I was very little, Mom or Dad would normally be with me to help me with my kite. If I fell, it would normally result in tears and a lot of encouragement from Mom to try again. As I got older and was attempting “solo flights” with my kite, a stumble or two never bothered me.

It took a few years of practice, but eventually, I managed to launch my kite successfully on first attempts. Between my friends and I, we discovered all of the techniques that made the job easier. We would lie on our backs at the bottom of the hill and just watch our kites hovering above. The breeze would not only keep our kites aloft, but also enable ever- changing patterns in the clouds. That alone would entertain us as we would identify different shapes in the sky. Talk about a pastoral scene! For just 10¢, a bit of energy and some imagination, we filled our days with joy.

When I think back, the simplest of toys brought us so much pleasure. My memory bank of course, includes some of the typical toys that boys played with. However, there were just as many items for girls that would keep them entertained, active and outside for hours on end. Let’s reminisce a bit: 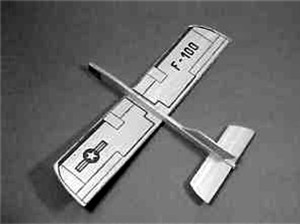 elsewhere. Like the kites, they too were about 10¢, and provided hours of entertainment for us. My friends Donnie Brown, Pat O’Malley and I would once again make use of the open fields in the cemetery and spend hours flying our planes. We eventually learned how simple shifts in the wings or tail wing would result in different maneuvers. Our flights would eventually take on a more aggressive nature as we decided it would be fun to try to target each other’s plane and try to knock them down, sort of like a Duquesne Dogfight!

In the early 60’s, a toy that had been around since 500 BC became wildly popular, and every kid wanted to have one. The yo-yo! Duncan was the brand of choice and every child

had one stuffed in their pockets as they came outdoors to play. I am not sure what the yo-yo sold for at that time, but I think it was around $2 or $3 dollars. Whether you were playing alone or with your friends, the yo-yo was the ideal toy to have. There was no running involved, just a lot of tenacity and agility were necessary. I cannot tell you how much time I would spend on my back porch trying to master some of the simple tricks with my bright red yo-yo. The first was learning how to get the yo-yo to “sleep” at the end of the string in order to even begin doing any advanced tricks. The only tricks I recall mastering were “Walking the Dog” and “Rock the Baby.” Donnie was always MUCH better at the tricks. I just didn’t have the patience to learn them, and would eventually entertain myself by just watching Donnie go through his repertoire of stunts.

Throughout my childhood, I remember two toys in particular that the girls in the neighborhood would play with outside. The

first was a simple jump rope. This perhaps was the cheapest and yet, the most popular toy. I don’t recall ropes with handles, swivels or ball-bearings like the modern day versions you’ll find in gyms. The jump ropes of my youth were simply long pieces of clothesline that some mother had cut off for their child. They would be long enough to allow two kids to turn it for a third child or, the rope would be wrapped around their hand to shorten it to the point that they could skip by themselves. Often, two ropes would be used at the same time when three or more kids were playing and Double Dutch would become the game of choice. The two ropes would be swung in opposite directions and would be a true test of the jumper’s agility. I never tried it, but I’m sure it would have been very challanging

Remember how girls would sit on the sidewalk in front of their homes and engage in a game of jacks with their friends? Their abilities always amazed me as I watched. It wasn’t 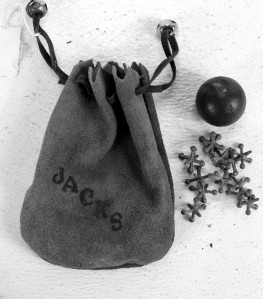 simply a matter of picking up jacks randomly. There was some real planning that had to be done with each move to make sure they were able to capture the correct amount of jacks without disturbing any others. It was brutal at times, as the participants would watch with hawk eyes to catch any mistakes! They were not timid about calling out errors either. I’m sure some of them must have gone on to become Major League umpires! Boys were occasionally invited to play as well, but only when invited to by one of the girls. I recall it not being an easy thing to do. The one issue I had is that it hurt like heck after a few minutes of scraping your hand across the rough cement sidewalks when attempting to pick up the jacks. I never checked, but I’m sure that the girls’ hands were as calloused as a marathon walker!

There were dozens of cheap or free sources of play when I was a child. Corrugated boxes were an endless source of diversion and resourceful play. It could be a fort, a home, a tank, a hiding place, and hundreds of other imaginative purposes. Couple the box with an old bedspread or tarp and the spectrum of uses became limitless.

Aside from the toys I’ve mentioned so far, there were dozens of others that provided children of our era with endless hours of amusement and play. Listed below are a few others that I recall. Hopefully, these will provoke your memory and you’ll share others that I may have omitted: 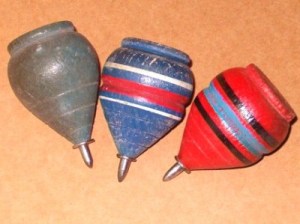 The thought of being in the house and not outside playing was unimaginable in a kid’s mind. By the end of a typical day of outdoor play, we were usually so exhausted, that after our family supper and our evening bath, we were zoned out and ready for bed. Today however, parents have a tough time in prying their kids away from their computers, video games, televisions, smartphones and iPads to even consider playing outside. It could be a beautiful Spring day like today, but wouldn’t matter. If parents eventually get their kids outside, they often need to be entertained with expensive swing sets and jungle gyms, skateboards, dirt bikes, etc., to keep them amused and engaged in play. To many of these children, the concept of a rope, a paper kite and a yo-yo just doesn’t compute! God bless the simplicity of our childhood in Duquesne.

This entry was posted in Life in General, Playing and Games, Springtime. Bookmark the permalink.

25 Responses to The Cheap Thrills of Our Youth