Lessons From My Father

My dad has been gone for over 12 years. As cliché as it sounds, it only seems like yesterday that he was expressing his opinion about something I was doing whether I liked it or not.

My father, like many of Duquesne fathers began their life in humble beginnings and had ended it in much the same way. I now realize that it wasn’t necessarily a bad thing for that to have occurred. When I think back to everyday life for my dad and mom, my uncles and aunts, along with the village that raised me, the focus was different than when most of us stepped into adulthood.

of the things that I, and many other “Baby Boomers” criticized. Just like George Baily in the classic Christmas movie “It’s a Wonderful Life,” many of us couldn’t wait to see Duquesne in our rearview mirror as we left for bigger, better, more important things that would build our career, make us tons of money and not make us get our hands dirty like our fathers. We were the Baby Boomers.

Out of curiosity, I did some research about Baby Boomers and just how we got that moniker! According to Wikipedia, my go to resource:

The United States Census Bureau considers a baby boomer to be someone born during the demographic birth boom between 1946 and 1964.

Landon Jones, who coined the term “baby boomer” in his book Great Expectations: America and the Baby Boom Generation, defined the span of the baby-boom generation as extending from 1943 through 1960, when annual births increased over 4,000,000. Authors William Strauss and Neil Howe, well known for their generational theory, define the social generation of Boomers as the cohorts born from 1943 to 1960, who were too young to have any personal memory of World War II, but old enough to remember the postwar American High.

Marketing firms and professionals have begun to use the phrase “Golden Boomers” in describing the particular segment of the market as the size of older population grows and the potentials for business activities around the Golden Boomers by many industries are recognized.

Seventy-six million American children were born between 1945 and 1964, representing a cohort that is significant due to its size alone.

In addition to the size of the group, Steve Gillon has suggested that one thing that sets the baby boomers apart from other generational groups is the fact that “almost from the time they were conceived, Boomers were dissected, analyzed, and pitched to by modern marketers, who reinforced a sense of generational distinctiveness.” This is supported by the articles of the late 1940s identifying the increasing number of babies as an economic boom, such as in the Newsweek article of August 9, 1948, “Population: Babies Mean Business”, or Time article of February 9, 1948. The effect of the baby boom continued to be analyzed and exploited throughout the 1950s and 1960s.

My wife and I often talk about how significantly different our life is versus our parents. 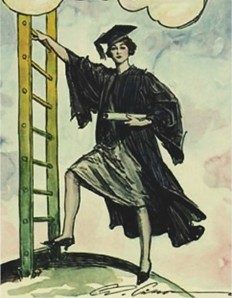 Early in our marriage, we would talk about how much more exciting it was to venture out from our childhood homes and explore new cities, new friends and new jobs. We both had good jobs and we both climbed aboard the Corporate Ladder, focus on moving forward in our careers. Our motivation was not only being able to earn as much as we could and to advance as far as we could, but also to satisfy that inner voice of our parents that urged us to “be all that we can be.”

In my career, I spread my wings and flew far from home, each time with my father’s blessing. Since leaving Duquesne, I have lived in California, Ohio, Illinois, South Carolina, Georgia, Alabama and Maryland. Each move meant bigger jobs, bigger responsibilities and huge adjustments. As I moved countless times from state to state and within each state, Dad remained in my childhood home. He was surrounded by his family and very content with his life. I on the other hand, continually tried to convince myself and my family that all of these moves were “good things, adventures and positive steps.” I used to think of those who never ventured out from their hometown during their career, as non-aggressive, unassertive and unadventurous. I now know that I could not have been more mistaken with my assessment. I came to this conclusion by reassessing the people who had populated my childhood years.

Let me explain. I have been attempting to rejuvenate my career in retailing. My primary reason is that currently, as a real estate agent, I am affected by the serious housing slump that is occurring. Actual home sales are very few and far between, and certainly, not even close to providing an income that could sustain us. For that reason, I am attempting to make use of my retail experience and secure a position with a company. Even though I have had over 35 years as a retail manager, running large department stores that generated over 100 million dollars in sales, I cannot get my foot in the door anywhere. Although my background is flawless and my references are outstanding, bottom line, my age has caught up with me. The fact that the vast majority of companies are looking for relevancy puts me at a disadvantage since I have been out of retailing for over four years. As one company representative put it:

“The competition is very hard in the position you are in. The basic skills are much the same as when you were in the field but the technical part has changed and the way people manage is very different. You have been out long enough that there are many new faces that are ready to be promoted into a management position with experience fresh from today not a few years ago and work at progressing not getting back to something.”

I will continue to plod along, hoping that I will hit upon an opportunity and company that will consider my experience an asset rather than a detriment. Hopefully, there’s someone out there that realizes that even though I have been out of the field for a few years, I’ve only had birthdays……not lobotomies.

This is where my father continues to provide life lessons. Through the example of his life and the lives of the thousands of hard working hunkies in the Duquesne area, I’ve come to realize that “true happiness” isn’t something that is achieved by chasing it. Happiness just sneaks up on you when you’re not looking and simply envelops you. My dad was a prime example of this point-of-view.

Dad was not a wealthy man, at least not in the material sense. However, he was one of the

happiest guys I ever knew. He thoroughly enjoyed life, family and friends. He hunted, he’d play golf occasionally, he would meet and play poker, or just listen to the “Bucs” and Bob Prince while enjoy a few beers on the back porch with the neighbors. An impromptu Volk or Puskaric family picnic on a summer weekend, an evening excursion to the drive-in theater, or perhaps a trip to Jim’s Hot Dogs occurred throughout his life in Duquesne. A visit to the GBU on Grant Ave., sitting in his favorite pew at the 7:15 mass at Holy Name or even watching a rerun of his favorite John Wayne western all brought him happiness…. Real happiness.

As we ‘Baby Boomers” were out there pursuing the perfect life, our fathers were living it. Sure, there were plenty of bumps and potholes along the way, but they knew that there were support mechanisms surrounding them among family and friends. Often times I have felt I was living out my life surrounded in the company of strangers. I certainly have built many friendships among co-workers and neighbors, but none were ever as strong as the bond I’ve continued to have with my family.

There is an old Pennsylvania Dutch saying “We grow too soon old and too late smart.” My dad would quote this quite often. Little did he or I know how prophetic those words actually were. Just like Dorothy in the Wizard of Oz, in the end, happiness was just a click of the heels away. There truly is “No place like home!”

This entry was posted in Life in General, Parents. Bookmark the permalink.

4 Responses to Lessons From My Father