Where Are You My Friend???

I wanted to remind everyone that I’ll be posting the latest messages I have received from current and former Duquesne friends and neighbors. I post these on the 1st and 15th of each month in the posts titled VOICES FROM DUQUESNE. Although I have received quite a number, the more the merrier! There’s still time to share your whereabouts, your thoughts, your email if you desire and any other words that tickle your fancy. To do so, just click the link below and fill out your information and your thoughts and memories, just  CLICK HERE!

TRIVIA COURTESY OF THE DUQUESNE TIMES

Just for a bit of fun, I am posting a few pictures that I discovered in the Duquesne Times from 1951. Specifically, they are from this week, 60 years ago. Of course, I’m much too young to remember since I wasn’t born until at LEAST a month and a half later in November, 1951. Let’s see how many people you recognize in the Duquesne Boosters’ clipping…. 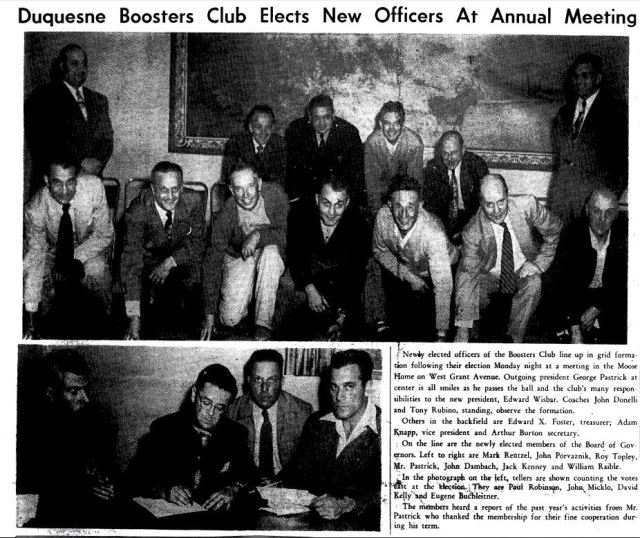 Now, for those of you who are like me and a bit “challenged” trying to read the small print above, here’s an enlarged version. Thank goodness for technology!!! 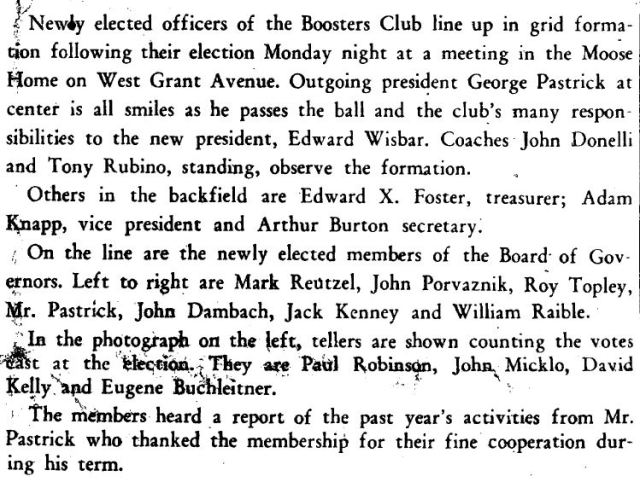 Here’s a bit of trivia that I discovered in the pages of the Duquesne Times for the week ending September 20, 1951 – 60 years ago 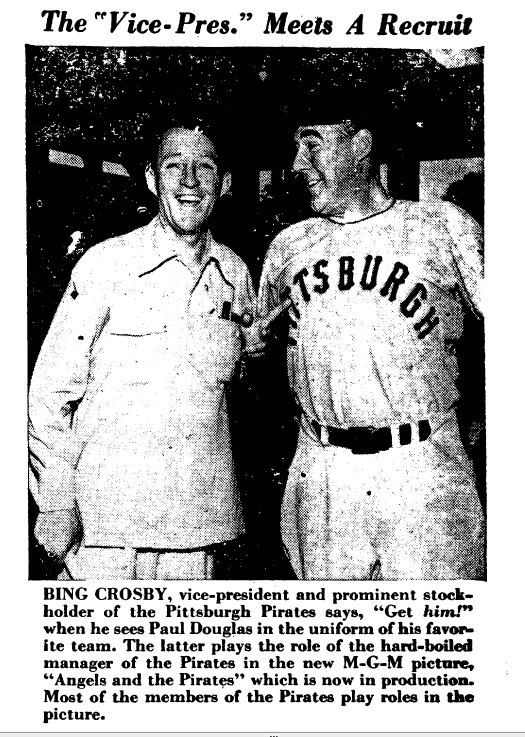 The picture DID actually get produced, but the title changed in the process. What was to be “Angels and the Pirates” ended up being the iconic picture “Angels in the Outfield.” The movie was packed with cameo appearances including Bing Crosey (as himself), Ty Cobb (as himself), and Joe DiMaggio (as himself). It is interesting that the Duquesne newspaper also carried Hollywood stories as well! 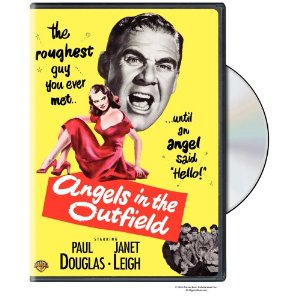 obscenely  abusive manager. While she attempts to learn more about him for her column, he begins hearing the voice of an angel promising him help for the team if he will mend his ways. As he does so, an orphan girl who is a Pirates fan and has been praying for the team begins noticing angels on the ballfield. Sure enough, the Pirates start winning, and McGovern tries to turn his life around. But can he keep his temper long enough for the Pirates to win the NL pennant?

This entry was posted in Life in General, Sports. Bookmark the permalink.

3 Responses to Where Are You My Friend???