Making Them Roll Their Eyes

I feel sorry for kids today. I think back to when I was a teenager in high school and how we all used to spend our summers. Perhaps each generation feels the same way, but life was so much more satisfying, so much mellower and far less complicated.

I have been listening to the T.L.Sound (http://www.tlsoundco.com/tlslivefeed.htm ) on my computer each evening ever since I discover that Terry Lee was still broadcasting. The songs that he places immediately whisks me back in time to that part of my life that I enjoyed so much. Songs like:

• Since I Fell For You – Lenny Welch

• This Is My Love – The Beachcombers

• I Want to Be The Boy You Love – Four Buddies 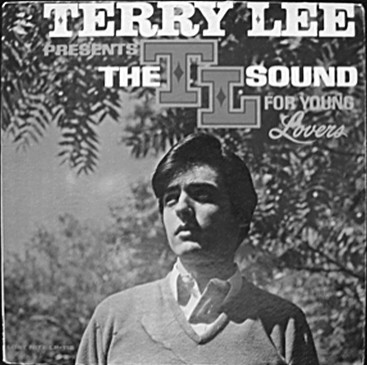 As a teenager in Duquesne during the 60’s, we didn’t have the distractions nor the temptations of today’s teens. In the summer, we spent many evenings just sitting on a friend’s porch, hanging out with our friends and/or our “steady.” Aside from our conversations, the typical sounds that we’d here would be of crickets, Terry Lee’s “Music for Young Lovers” on our AM transistor radio, and the sounds emanating from the mills. We didn’t need lights or candles. The soft glow from a nearby window, a streetlamp, or Duquesne’s nighttime orange tinted sky, would typically suffice.

We rarely had issues with being outside at night since the air was usually cooler outside than inside our homes. Air conditioners weren’t in many homes at that time, if any. Time proven oscillating fans and breezy days and nights were our best cooling conveniences. We would spend hours on the porch just listening to the radio, singing along, and talking incessantly. Based on which friend’s house was the evening’s destination, determined what we would have for drinks and munchies. If it were my house on Thomas Street, we’d

probably have been to Hilltop Dairy, the Dairy Delight across from the Duquesne Annex Firehall on Pennsylvania Ave, or Algerie’s. Our favorite place to hang out was Nancy Staisey’s house at the corner of Commonwealth Ave. and Harden Ave. in Duquesne Place. If we happened to be hanging out there, we had a treasure trove of food choices. Without exception, the Dairy Queen was always the favorite choice. Of course, we always had the option of hopping over to Kennywood and picking up some goodies there as well. In addition to the customary night sounds that were all around Duquesne, evenings at Nancy’s had the added bonus of Kennywood sounds as well.

I am convinced that each generation is charged with the responsibility to draw comparisons to their successive generation. I distinctly recall rolling my eyes as my dad, aunts and uncles would find prattle on about “the good ol’ days” of outhouses, kickball and chopping wood. Seriously, what could be “good” about having to trudge outside to relieve yourself in what had to be a rather “ripe” smelling small wooden enclosure? Nonetheless, as the next generation, we all would sit patiently and listen to their rhetoric, year after year. Well, now it’s our turn!! Protocol entitles us the privilege of spouting off about OUR “good ol’ days!” I realize that there is probably a snowball’s chance in hell that anyone from the next generation is even reading this blog AND pontificating about the “good ol’ days” is like preaching to the choir. None the less, I feel compelled to make my points. In order to make my points however, I bowed to a convenience that we did not have in OUR good ‘ol day….the computer and the internet. I was fortunate to find a site that detailed some general “back then” recollections which served as a good start. I’ve gone on to “Hunkify and Duquesnize” them. I invite all of you to add to the list and continue to bring a smile to our faces and provide “eye rolling fodder” to the next generation. Here goes…..

• All the girls had ugly gym uniforms?

• It took five minutes for the TV warm up? 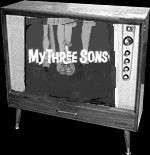 • Nearly everyone’s Mom was at home when the kids got home from school?

• Nobody owned a purebred dog?

• When a quarter was a decent allowance?

• You’d reach into a muddy gutter for a penny?

• Your Mom wore nylons that came in two pieces?

• All your male teachers wore neckties and female teachers had their hair done every day and wore high heels?

• You got your windshield cleaned, oil checked, and gas pumped, without asking, all for free, every time? And you didn’t pay for air? And, you got trading stamps to boot?

• Laundry detergent had free glasses, dishes or towels hidden inside the box?

• It was considered a great privilege to be taken out to dinner at a real restaurant with your parents?

• Teachers threatened to keep kids back a grade if they failed. . …and they did?

• When a 55 Chevy was everyone’s dream car…to cruise, peel out, lay rubber or watch submarine races, and people went steady.

• No one ever asked where the car keys were because they were always in the car, in the ignition, and the doors were never locked? 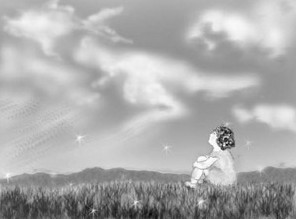 • Playing baseball with no adults to help kids with the rules of the game?

• Stuff from the store came without safety caps and hermetic seals because no one had yet tried to poison a perfect stranger?

• When being sent to the principal’s office was nothing compared to the fate that awaited the student at home? Basically we were in fear for our lives, but it wasn’t because of drive-by shootings, drugs, gangs, etc. Our parents and grandparents were a much bigger threat! But we survived because their love was greater than the threat.

• Decisions were made by going “eeny-meeny-miney-moe”?

• Mistakes were corrected by simply exclaiming, “Do Over!”?

• “Race issue” meant arguing about who ran the fastest?

• Catching the fireflies could happily occupy an entire evening? 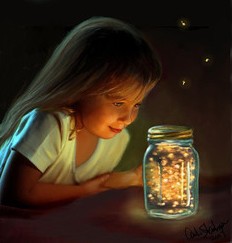 • It wasn’t odd to have two or three “Best Friends”?

• The worst thing you could catch from the opposite sex was “cooties”?

• A foot of snow was a dream come true?

• Spinning around, getting dizzy, and falling down was cause for giggles?

• The worst embarrassment was being picked last for a team?

• Baseball cards in the spokes transformed any bike into a motorcycle?

• Water balloons were the ultimate weapon?

• Having to come in for the evening when the street lights came on.

• Newsreels before the movie

Now, if you grew up in Duquesne, do you remember:

• Being able to swim at the library or the Kennywood pool?

• Painting Plaster of Paris decorations at the playground?

• Getting a Hucksterburger from Huckster’s Bar or a pizza from Irene’s was the ultimate treat?

• When there were bake shops in your neighborhood?

• When taking a vacation to Lake Erie was the equivalent of a trip around the world in our eyes?

• The circus coming to town and their tents in Kennywood’s parking lot?

• The distinctive sound that tires made on Duquesne’s brick roads especially in the winter when cars used chains on their tires?

• The smell of roasting peanuts in the Avenue News – a.k.a. Elsie’s.

• Being taken to Emerson or another school to get sugar cubes with polio vaccine on them?

• Slow dancing to Scott English’s “High on a Hill?”

• Catching grasshoppers and having them “spit chewing tobacco” on your arm.

• The beautiful white altar at Holy Name with the gold tabernacle?

• The small boxes of children’s collection envelopes that you received each year at church. 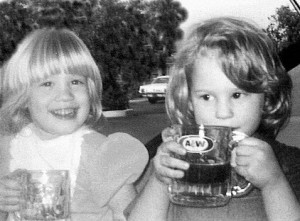 • Sister Delores playing “Gallop My Chargers” so wildly on the piano that her headdress would almost fall off.

• Paperboys knocking on the door, simply stating “Collecting,” and getting a small perforated piece of paper the size of a trading stamp as a receipt?

• How clean the city smelled after a hard rain that washed away all of the mill grit?

OK everyone….. time to contribute!!! We want to hear form you.

This entry was posted in Life in General, Miscellaneous. Bookmark the permalink.

18 Responses to Making Them Roll Their Eyes