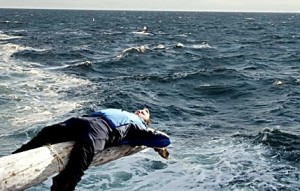 I promised myself and my family that I would never grow so old as to be one of the senior citizens that complain about the “way things are” AND the “way things were.” If fact, I was so committed to NOT being that way that I instructed my kids to tie me to a log and float me out to sea if they ever heard me uttering those sentiments. Once they read this post, I probably only have a week before I become shark bait at their hands, but it’s worth the risk.

Growing up in Duquesne at the hands of hunky parents, I had clear setting on my moral compass at a very early age. I am sure that each one of us had the same experience. Our parents provided clear boundaries, so we understood expected behavior. These

expectations were reinforced for me through each and every aunt and uncle, all of the good Sisters and teachers at Holy Name, as well as Fr. Shaughnessy, Fr. Hanlon, and Fr. Turner when I served as an altar boy at Holy Name. I was also under the watchful eye of all of my Thomas Street neighbors too; Anna Yasko, Mrs. Davies, Mr. and Mrs. Gregory, Mr. and Mrs. Oravick, Mr. and Mrs. Snyder, Mr. and Mrs. Hanks, Mrs. Mensler, Dr. and Mrs. Brown and Mr. and Mrs. Kovach. As I stated in an earlier post, we were all privileged to be raised by our own village of hunkys. 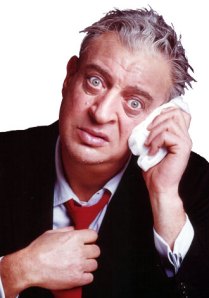 One of the Hunky Commandments must have been “Thou shalt always respect adults.” One of the expected behaviors was that I was always to initiate a greeting to my adult neighbors. If I would see Mr. or Mrs. Hanks leaving the house and I was playing across the street, I would yell “Hi Mr. and Mrs. Synder!” As I am writing, I am wondering why I am making such a big deal out of such a simple gesture. Its then that I recall how you can drive or walk through my current neighborhood and pass by children that you see every day and NEVER get so much as a wave, a hello or ANYTHING resembling a greeting. They usually totally ignore you as if you don’t even exist or stare at you with a blank mindless stare that

just short of blowing spit bubbles. In today’s society, children are constantly reminded about the risks of talking to strangers, and rightfully so. However, understanding all of that, I miss the hellos that would greet adult neighbors as I was growing up.

The respect that I long for also applies to material things. In our Thomas Street home, we never had things that were worth “coveting.” The same held true for our neighbors

as well. Our parents truly practiced an “open door” policy. Doors were almost never locked. Even if the doors would be locked, a simple skeleton key would gain anyone entry to just about any home in the area. It that didn’t work, one would only need to check under the door mat to find a key that would work. I remember how my mom would be upstairs cleaning and we’d hear someone yell “Gas Man” or “Water Man.” The side door to our home would be left open, some man would come into our home, do his job and leave without a second thought. Even if we were gone for the day, the door would be left open for the meter man to do his job. Cars were never locked and keys sometimes never were taken out of the ignition. Our bikes were always left outside in full view and never locked up with a chain. We just respected each other and each other’s property. The thought of taking something from our neighbors was unfathomable. Simpler times for sure!

I was reading about a very recent study that was conducted by two psychologists investigating sexism. Apparently, although considered to be radical in their thinking, some people perceive the very acts that young men were encouraged to perform for a woman as sexist. C’mon! Cut me a break! I was raised to be a gentleman. Somehow, the simple act of opening the door to Jerry and Bud’s Donut Shop for a woman in today’s society would be considered an insult. To refer to a group of females as “girls” is also considered to be in bad taste. Somehow, ridiculous sensitivity has replaced common sense and good manners. What’s a guy to

do??? How else is a boy going to impress a girl besides offering to carry her books. Are we to just let a door slam into the face of an elderly woman entering a store behind us?? Seriously world….”snap out of it!” Chivalry will never die as long as Duquesne Hunkys have anything to do with it!!

Seeing that this post is fast becoming an “and another thing” whiney conglomeration of rhetoric, allow me to continue to add to that perception. I want to know, when exactly did we become so “germaphobic?” Can you even imagine going into Kennedy Meat Market and seeing Andy Valco pull on a pair of latex gloves in order to slice

your chipped ham order? And what about the double dipping phobia. I distinctly remember fingers and spoons being dipped, licked and re-dipped into family favorite recipes without a second thought! My Aunt Mary would patiently wait until we would finish our edge slices of Irene’s pizza to grab our leftover crusts, since she enjoyed them so much. Amazingly, we all survived. Although some people today would never think of keeping or reheating a leftover, the good hunkys of Duquesne NEVER met a leftover they couldn’t turn into a casserole or pot of soup. I believe we all heard the “I survived the Depression stories” or were placed on guilt trips for uncleaned plates with the mere mention of the starving children in China.

OK, I’m finish. I am prepared to meet my fate. Megan and Abby, Daddy is ready for that log, as promised. But, before you tie me up to meet my fate… can you just wash your hands? I don’t know where they’ve been!

This entry was posted in Life in General, My Hunky Family, Parents, Surveys and Opinions. Bookmark the permalink.

10 Responses to And Another Thing……..