When I began this blog, I never wanted to climb on a soapbox and begin pontificating and boring you with my point of views. I wanted to make this a stroll down the well worn paths of our youth. However, I was recently forwarded some photos that I found so upsetting that I felt I had to let my feeling be known. I hope you’ll forgive this one transgression. However, once you view the photos that were graciously shared with us compliments of Mifflin Township Historical Society and Jim Hartman, you’ll understand.

However, in 1901, Andrew Carnegie sold the Carnegie Steel Company for $480 million to J.P. Morgan, of New York City, and the United States Steel Corporation (for a time in the 1980s and 1990s known as “United States Steel Group,” a subsidiary of USX Corporation) was formed. At the conclusion of the sale, many of Andrew Carnegie’s business partners became instant millionaires. And, Andrew Carnegie, himself, became the richest man in the world!To take care of the libraries in the three Monongahela Valley towns, Andrew Carnegie set-up an endowment of one million dollars, to be shared among these three libraries. This endowment was managed by a Board comprised, primarily, of officials of the U.S. Steel Corporation. However, these officials were primarily interested in making money for the corporation, not operating three libraries. Consequently, the endowment for the three libraries was managed in a very conservative manner; to this day, officials of the Carnegie Library of Homestead are troubled that a hundred-plus year endowment did not grow as much as it could have.By the 1960s, the endowment was not enough to operate three libraries; so, it was decided to “sell-off” two of the libraries. In the 1960s, the Braddock and Duquesne libraries were sold to the school districts in those towns, for one dollar each. The Braddock Carnegie Library stayed open for awhile, but was closed for much of the 1970s and 1980s due to the building’s dilapidated condition and lack of sufficient funding. A community effort reopened the library in the mid-1980s. Although the Braddock Carnegie Library remains open (with a small two-day a week library branch operating in the Westinghouse Valley Services Center in Turtle Creek), they continue to have financial problems.Shortly after taking control of the Carnegie Free Library of Duquesne, the Duquesne City School District razed the structure, in June of 1968, to make-way for a school district annex (possibly a new gymnasium for the high school, located across the street). However, when the school district learned that the construction of such an annex would result in a partial loss of state funding, the project was quickly dropped. Thirteen 1970s-era split-level houses now occupy the former library property, a cul-de-sac named “Library Place.”It should be noted that the City of Duquesne is one of three Third Class Cities in Allegheny County (the other two being McKeesport and Clairton). In Allegheny County, all other municipalities are chartered as boroughs, townships (there are First Class Townships and Second Class Townships), or Home-Rule Municipalities. The only exceptions are the City of Pittsburgh which remains a Second Class City (although the original definition of a Second Class City meant a city of 500,000 population or greater) and the Town of McCandless. Allegheny City (now the North Side of Pittsburgh), where Andrew Carnegie built the nation’s first publicly-funded Carnegie Library (originally known as the Carnegie Free Library of Allegheny; now known as the Allegheny Regional Branch of The Carnegie Library of Pittsburgh) was also a Third Class City until, through political maneuvering in the Pennsylvania General Assembly by the City of Pittsburgh, in 1907 when the City of Allegheny was involuntarily annexed to the City of Pittsburgh. The fact that the City of Duquesne remains a Third Class City may be the reason their fairly small school district escaped the Commonwealth’s mandatory school district mergers in the late 1960s.Although the Braddock Carnegie Library is operating, once again, since this library was officially sold-off by the Board of the Endowment for the Monongahela Valley libraries, the Carnegie Library of Homestead is the only library that now has legal claim to this Endowment, the current value of which is approximately $1.8 million.And, a few years ago, the Carnegie Free Library of McKeesport opened a small four afternoons-per-week library branch in the City of Duquesne (which is located across the Monongahela River from McKeesport). This small branch library is located in the Duquesne High School, which apparently is slated to close after the current school year ends. The future of this Duquesne branch library is unknown.

I find it unconscionable that the destruction of Duquesne’s Library senselessly occurred. I believe that the death of the Carnegie was the straw that broke the camel’s back and took the spirit out of the residents that had remained in Duquesne.

We all know that our hometown has dramatically changed since we were children. To try to understand just HOW much has chaged, I began doing research about the schools in Duquesne yesterday. I am not sure if you are all aware of it, but after the 8th grade, students are bused to outlying high school. Only grades Kindergarten through 8th are conducted in Duquesne itself. According to Wikipedia, the online encyclopedia:

The eighth grade ranked 141st out of 141 western Pennsylvania eighth grades, by the Pittsburgh Business Times in 2009, for academic achievement as reflected by three years of results on: math, reading, writing and one year of science PSSAs.

Even more staggering is the fact that in 2010:

The things I remember about our library:

And now the photos, compliments of Mifflin Township Historical Society and Jim Hartman. The time – June, 1968 – 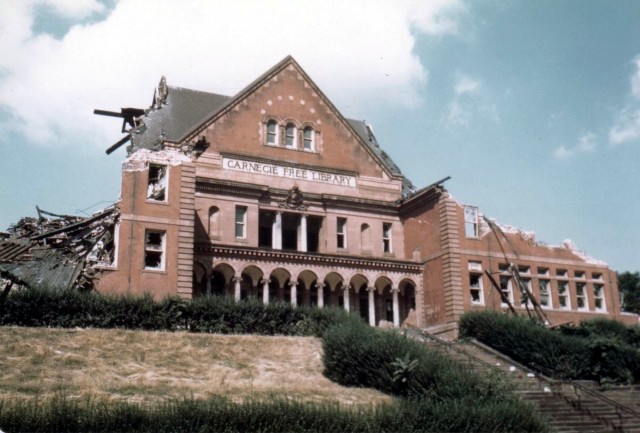 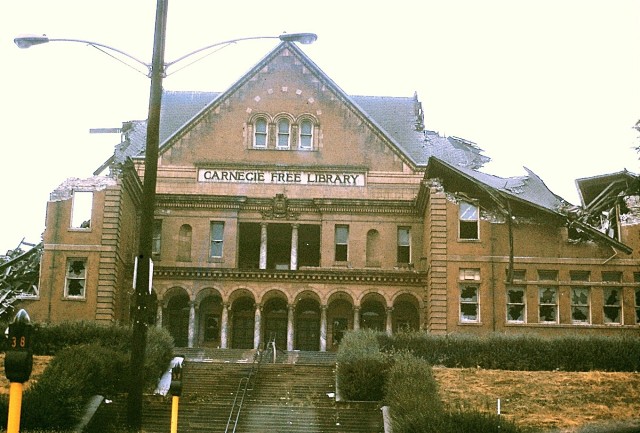 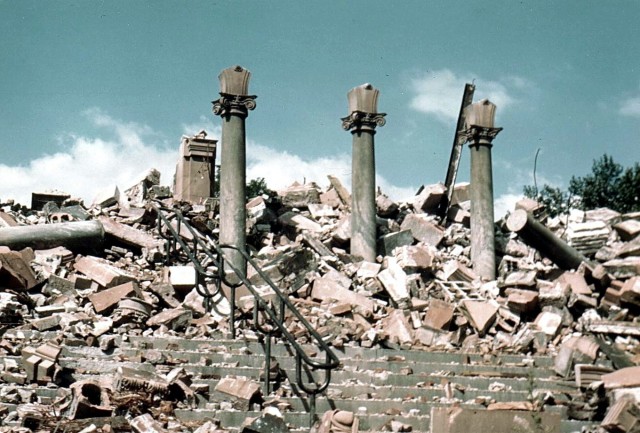 This entry was posted in Duquesne Carnegie Library, Playing and Games, Sports. Bookmark the permalink.

30 Responses to Homage to Duquesne’s Library